Providing a home, refuge and individualised care for over 25 years.
;

Our focus at The Elephant Camp is to protect both orphaned elephants and those in the wild.

The Wild Horizons Elephant Sanctuary and Orphanage has been a safe haven to a mirage of orphaned and injured elephants since its inception. We strongly believe that ultimately the best environment for all elephant is in the wild and we strive to ensure that as many animals as possible return to a wild environment. Rescue – rehabilitate – release. 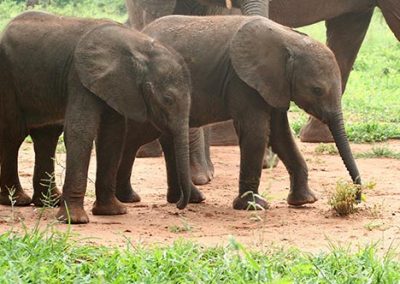 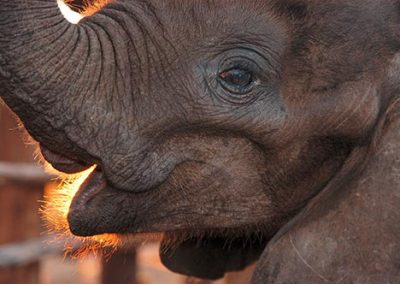 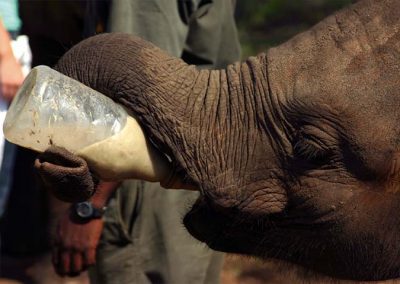 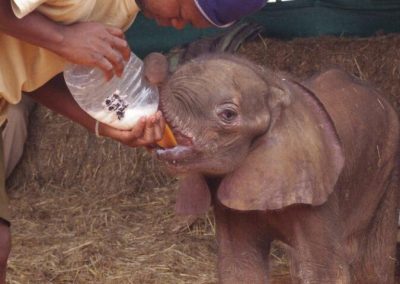 In 1992, four elephants fondly known as “Jock”, “Jack”, “Jumbo “and “Miz Ellie” were in desperate need of a new home. They were orphans from a culling operation in Hwange National Park in 1980.

With an uncontested, unwavering conservation ethic, Wild Horizons was identified as an ideal candidate to create a facility that would enhance the lives of the founding four elephants and provide a space for other elephants in need of care. 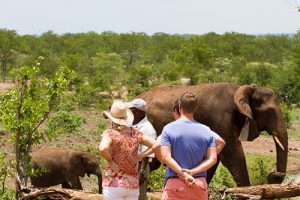 Jake, Emily, Janet, Michael and Damiano came from the Zambezi valley cull. They were moved from Dombowire Game Park, Bindura to Braeside on November 24, 1998. A year later, Damiano, Jake and Michael came to The Elephant Camp on July 24, 1999.
In 2000 Emily and Janet followed the boys to The Elephant Camp. Janet is very intelligent but also quite skittish. Janet doesn’t like anything small running around her or any quick movements. Janet also doesn’t like having other females in her herd, and only accepts Emily. 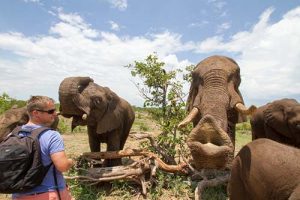 Jake is an early sleeper and riser, and is known to be up before anyone else! Despite his size, Jake is fairly timid and dislikes water. He won’t bathe – Jake only wets behind his ears and will put some mud on his head.

In 2003 Jake was very ill with a liver problem and needed many injections – these were administered in the veins in his lower back legs – ever since then he has not liked people going behind him. We eventually had to change, giving him the medication in pill form – this entailed 300 tablets in the morning and the evening, which we would hide in oranges to give to him. He recovered and gained back his weight – we are delighted to have him healthy again! 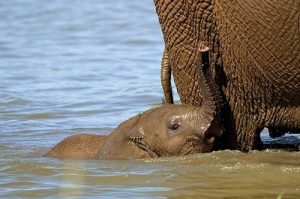 Emily is left-handed and her right tusk is especially long. She is a fast-moving elephant. Despite this she is a slow eater and often falls behind because of this – perhaps that’s why she has learnt to walk so fast – she has to catch up with the herd! Emily is known for her easy-going nature.
Emily and Janet are very close; one can say “joined at the hip”. They are almost never seen apart. Emily was covered by a wild elephant that followed her for two weeks and then actually “broke into” the sanctuary and took her out “on a date”. This led to the birth of Izibulo. 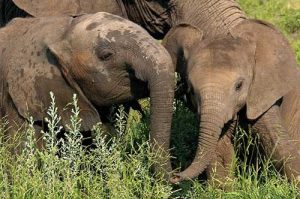 Emily was covered by a wild elephant that followed her for two weeks and then took her out ‘on a date’. This led to the birth of Izibulo (meaning “firstborn”). Izibulo didn’t suckle for the first 11 hours after his birth, as new mom Emily didn’t know to move her leg forward to expose her teat.
We were all in such a state – we ran around looking for a breast pump. We eventually found one and managed to extract milk to feed Izibulo. Of course, as soon as we did this Emily stretched her leg forward, exposing her nipple and Izibulo started suckling! Izibulo is a very intelligent elephant. He also loves people and accepts all the keepers with no problem. Even Janet, who hasn’t liked any babies or orphans, accepts him. 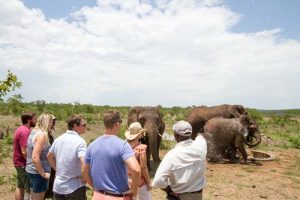 Jock originated from Mana Pools, Zambezi and was orphaned as a result of the 1988 Zambezi Valley cull. Jock has splayed tusks and dimples in his forehead. He is smart and gentle and known for being laid back, cautious and slow moving. Jock eats A LOT and is nicknamed “Piggy”.

Jock hardly sleeps, but rather dozes on his feet, leaning against a tree in a paddock. Jock has a narrow trunk tip and likes to use his trunk as a ‘hoover’ to suck pellets up into his trunk so that he can take more at once because of this. In 1999 Jock fell through a warthog burrow that collapsed under his weight; now he is still very scared of any holes or piles of sand due to the fright he got! 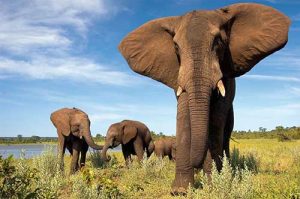 Jumbo has distinctive twisted and uneven tusks and always appears healthy and fat. Jumbo is known as an especially intelligent elephant by his keepers. He loves to scratch his back on foliage.
Jumbo is the tallest of all of the elephants – his large size comes a large appetite. Jumbo is known to steal food from those around him, and if you are eating near him, you’d better watch your food! He also loves his sleep and is an early sleeper and late riser – we often find him still sleeping when everyone else is up and about! 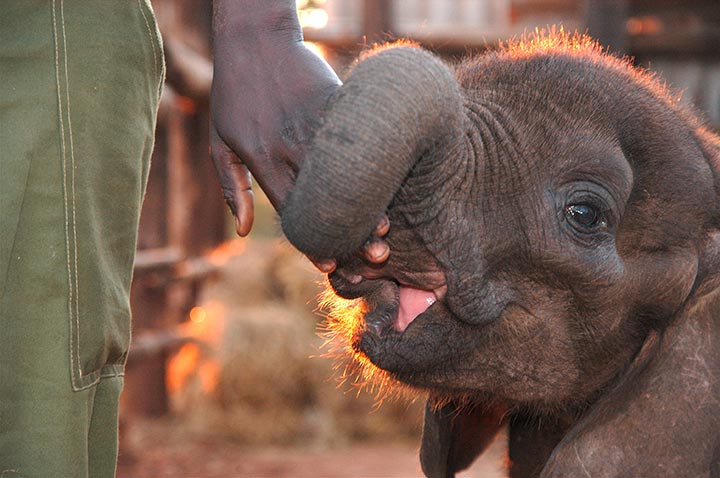 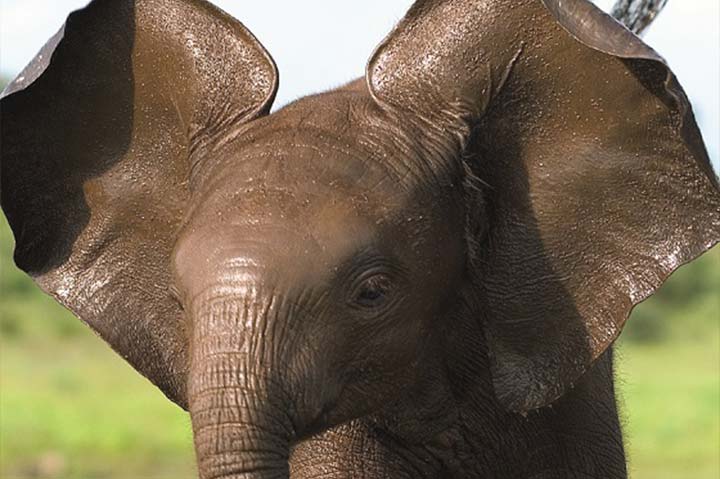 At Wild Horizons the elephant’s welfare and well-being has always taken precedence. The elephant keepers have been equipped with expansive training and knowledge, to ensure dignified treatment of all the animals.